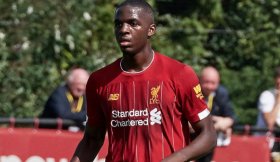 Misery in the Anfield Camp? The loss of the indispensable centre half VVD has brought a shake up to the Anfield outfit. Anterior Cruciate Ligament (ACL) is no joke! This is a dangerous blow to Jürgen Klopp and his staff, knowing the heartbeat of his defence will be out for months. To bring a little calm in the camp, a list of names of defenders have been shortlisted for grasp when the January transfer window opens.

Liverpool snapped up Billy Koumetio from French club Orleans at the turn of the year after the Anfield club's backroom staff spotted the impressive young centre-back on a scouting mission. Koumetio, who is a powerful and very able defender currently playing for Liverpool's under-18 side, could go on to be one of the best defenders in the world.