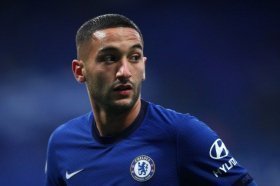 Serie A outfit Salernitana have expressed an interest in signing Chelsea striker Michy Batshuayi on loan.

Chelsea misfit to leave and return to his former club

Hakim Ziyech will move back to former club Ajax Amsterdam this summer, after Chelsea decided that they do not want to keep the attacking midfielder. Reduced to substitute appearances so far this season in the Premier League, Chelsea manager Thomas Tuchel has decided that Ziyech's time is up and he will be allowed to return to the Netherlands.

Ajax have opened negotiations with Chelsea over the possible loan transfer of Hakim Ziyech.

Manchester United have been told to pay around £84m to sign Ajax winger Antony this summer, Fabrizio Romano claims.

Chelsea forward Timo Werner is reportedly close to making his comeback with RB Leipzig on an initial loan deal.