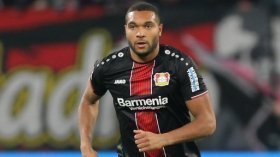 Highly rated defender Panagiotis Retsos is making waves in the Bundesliga. The talented defender, who currently players for German club Bayer Leverkusen, has caught the eye with a number of impressive displays for his club and despite having only just turned 20-years-old, Retsos has already made 5 apperances for Greece's full national team.