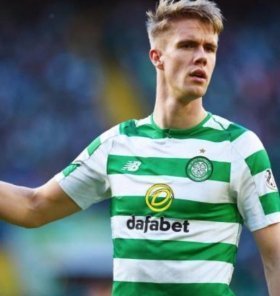 Brentford completes the signing of Ben Mee after his Burnley exit
defender to add experience to his backline ahead of the next Premier League season. Ethan Pinnock and Kristoffer Ajer are both recovering
27/07 10:38

Celtic have made it clear that Odsonne Edouard won't be sold cheaply amid the interest from Arsenal and Leicester City.

Leicester City are reportedly on the cusp of signing Odsonne Edouard from Celtic.

Celtic centre back Kristoffer Ajer is a target for German giants Borussia Dortmund. The Bundesliga side are looking to bring in a host of new players after a disappointing league season.