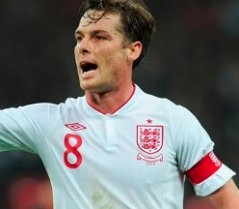 Former Preston North End pair secure deadline day moves to Championship rivals from Sunderland and Premier League Bournemouth
... a starting spot. He did have a bright start to life in the Premier League but with the sacking of Scott Parker his game time has once again ...
01/02 12:00

Infogol’s Jake Osgathorpe uses expected goals (xG) data to assess what we are likely to see in the upcoming Premier League season.

Arsenal defender Calum Chambers could be the subject of interest from Fulham, who were recently promoted to the Premier League.

Initially appointed as caretaker manager of Fulham in March 2019, Scott Parker has secured Fulham a place back in England's top-tier at the first time of asking. He has remarkably done so in his maiden season as a senior manager, building a squad that has clearly bought into his simplistic, but far from primitive philosophy.

We’re into the final third of 2013/2014 and only one thing is certain – the battle for Premier League survival is approaching boiling point. Everyone down at the bottom thinks it will be their team to face the dreaded drop, as panic buttons across Britain are thumped. We can usually rely on last season’s FA Cup holders for the opposite response to a relegation battle, though this season a new club must be ready to step up to the plate.

Scott Parker has turned his back on a move to Queens Park Rangers and signed for Premier League side Fulham instead. The England international midfielder has moved to Craven Cottage to help his push for a World Cup place next summer.

Tottenham Hotspurs have accepted a bid from Queens Park Rangers for England international Scott Parker but the player is yet to agree personal terms with the Championship side.

Fulham to bid for Scott Parker ?

According to The Mirror, Fulham have reportedly entered the race to sign Tottenham Hotspur midfielder Scott Parker.

Queens Park Rangers manager Harry Redknapp recently said that he was confident of striking an agreement with Spurs to lure the 32-year-old England International to Loftus Road.

However, The Mirror suggests that the Cottagers have invigorated interest in the midfielder and are now keen on capturing the England International's signature.

Scott Parker signed for North London oufit Tottenham Hotspur from the Hammers in 2011.

Queens Park Rangers are confident that a deal to sign Scott Parker from Tottenham can be wrapped up before the end of the week. The England international midfielder has been told he is free to leave the club.