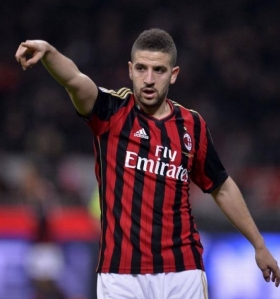 Liverpool told "winner" Darwin Nunez offers best of both Luis Suarez and Edinson Cavani
-mate and former Premier League star Adel Taarabt, who is convinced his friend is going to make an equally massive impact at Anfield as
13/06 19:16

AC Milan have made a final bid for Adel Taarabt. Harry Redknapp has told the midfielder that he can leave Queens Park Rangers but only if the club's £4 million valuation is matched.

Tottenham midfielder Sandro has been linked with a move to Serie A side Napoli. Rafa Benitez - who is on the verge of completing a deal for QPR midfielder Adel Taarabt - also wants to add defensive cover to his squad for the 2014-15 season.

AC Milan have wrapped up a loan deal to sign attacking midfielder Adel Taarabt on loan from Fulham until the end of the season. The player arrived in Italy for a medical last night and successfully this morning.

AC Milan have reportedly registered their interest in acquiring the services of Adel Taarabt on loan for the rest of the season.

Queens Park Rangers midfielder Adel Taarabt is linked with a switch to Spanish outfit Malaga, according to talkSPORT.