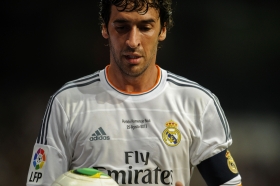 Barcelona will reportedly table an audacious bid for Arsenal forward Robin van Persie after it was discovered that David Villa would be out for 6 months after breaking his tibia.

Mauro Zarate has made his loan move to Italian club Lazio permanent after the club agreed with his terms before Saturday's match against Inter Milan.

Sunderland are believed to be considering a move for Birmingham's on loan striker, Mauro Zarate, after it emerged that the Blues are unlikely to be able to afford the price tag on the Argentinian's head.

Mauro Zarate has revealed his excitement at joining Birmingham from Al Sadd. Zarate signed off yesterday with a goal in his final game before the Argentinian makes the move to the Premiership.

Birmingham look to have signed Mauro Zarate from Al Sadd of Qatar on a season-long loan with a view to a permanent deal. The 20 year old Argentinian is to join in time to play for McLeish's side against Chelsea at the weekend.