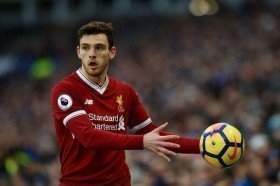 Arsenal have been handed a big boost with Liverpool defender Andrew Robertson being ruled out with a knee injury.

Liverpool manager Jurgen Klopp has confirmed a fresh injury blow ahead of the Champions League meeting against Ajax tomorrow.

Liverpool have suffered a fresh injury blow ahead of their Premier League encounter against Arsenal this weekend.

Liverpool will be aiming to end a four-match winless league streak when they host Burnley at Anfield tonight.

Liverpool will be aiming to cement their spot in the round of 16 of the Champions League when they host Atalanta tonight.

Liverpool are scheduled to host Leicester City at Anfield tonight. The Reds are currently fourth in the standings with 17 points, but can go within goal difference of leaders Tottenham Hotspur with a victory.