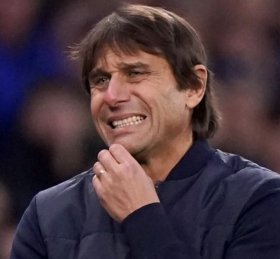 Tottenham Hotspur: Conte could land dream Davies heir with Piero Hincapie transfer
... Tottenham Hotspur once again find themselves in the race to finish in the top four of the Premier League table under Antonio Conte. With 21 ...
26/01 18:35

Tottenham have told Brazilian forward Lucas Moura that he is surplus to requirements at White Hart Lane, and the 30-year-old Brazilian could now move to league rivals Everton. Lucas Moura has been left on the sidelines in recent months, and manager Antonio Conte will not look to renew the former PSG man's contract, that expires in June.

Tottenham Hotspur are firm favourites to sign Brighton and Hove Albion attacker Leandro Trossard this January transfer window, as Spurs look for attacking reinforcements ahead of an injury to Richarlison. With uncertainty over the long-term future of star player Harry Kane, it could be possible that Spurs are signing Trossard as a replacement.

World Cup winning midfielder Exequiel Palacios is a possible January transfer window target for Tottenham Hotspur, as Antonio Conte has deployed his scouts to monitor the Bayer Leverkusen versatile midfielder in action this month. Palacios appeared in three games during the 2022 World Cup in Qatar.

Ruslan Malinovskyi is West Ham United's primary transfer target for January, with David Moyes' side locked in talks with Serie A side Atalanta regarding a move. The 29-year-old moved to Italy in 2019 from Belgian side Genk and has appeared in over 100 games for his current club.

Tottenham Hotspur manager Antonio Conte has been locked in talks with chairman Daniel Levy regarding additional transfer funds for the January transfer window. Conte wants at least £140 million to spend, as Spurs slip behind 13 points from bitter rivals Arsenal, with the Gunners having a game in hand.

Tottenham look to pick themselves up from the bitter taste of defeat against Aston Villa today, with a January transfer move for Sporting starlet Pedro Porro. According to multiple reports, Spurs want to pay 40 million euros to sign the Spanish youngster.

Premier League sides Tottenham and Everton are monitoring the form of French international midfielder Adrien Rabiot, with Spurs said to be leading the race to sign the Juventus star. Rabiot has been playing in Serie A since 2019 and is looking for a transfer to England next summer.

Tottenham manager Antonio Conte has confirmed his plan to sign Dejan Kulusevski on a permanent basis in the January transfer window. The Swedish international has performed admirably since his arrival at White Hart Lane, and Spurs are expected to pay around 35 million euros to secure his signing from Italian club Juventus.