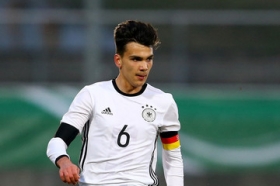 Chelsea to compete with Barcelona for 'new Marco Verratti'

Bayer Leverkusen midfielder Atakan Akkaynak has reportedly emerged as a winter target for both Chelsea and Barcelona.

Bayer Leverkusen have produced some of Germany's best young players in recent times and have brought through yet another wonderkid in midfielder Atakan Akkaynak. The 18-year-old central midfielder, comfortable playing in defensive or offensive positions, is one of the best young players in Germany and has represented the country's under-17's, 18's and 16's sides.