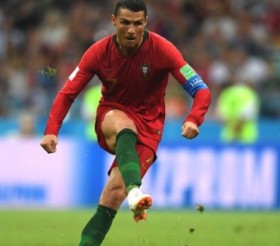 Manchester United won't sanction the sale of midfielder Paul Pogba in the summer unless they receive a suitable offer.

Juventus have reportedly joined the likes of Inter Milan and Lazio in the race to sign Chelsea striker Olivier Giroud.

Manchester United have no plans of re-signing Cristiano Ronaldo despite the widespread speculation over the Portuguese's future.

Cristiano Ronaldo has no plans of leaving Juventus for Manchester United during next summer's transfer window.

Manchester United have reportedly stepped up their pursuit of Cristiano Ronaldo by making contact with his representative.

Manchester United are reportedly exploring the option of re-signing Cristiano Ronaldo from Juventus at the end of the campaign.

Manchester United to compete with Chelsea for Paulo Dybala?

Manchester United could reportedly make an attempt to sign Paulo Dybala from Juventus at the end of the current campaign.

Serie A giants price themselves out of Paul Pogba move

Juventus are unlikely to re-sign Paul Pogba from Manchester United this summer after introducing a maximum salary cap to cope with the financial impact of the coronavirus pandemic.

Real Madrid reportedly have no plans of re-signing Cristiano Ronaldo from Juventus when the transfer window reopens later in the year.

Juventus have emerged as the latest contenders for RB Leipzig striker Timo Werner.

Barcelona ace Ivan Rakitic open to playing in Serie A

Barcelona star Ivan Rakitic has said that he welcomes the opportunity to play alongside Juventus star Cristiano Ronaldo.

Juventus are reportedly plotting a huge summer move for Liverpool defender Virgil van Dijk, according to The Sun.

The Champions League Group Stages have always been entertaining and this season was no different with blockbuster groups forming a Group Stage nothing short of a spectacle.

Juventus superstar Cristiano Ronaldo has reportedly given the go-ahead for the club to secure the signing of Paul Pogba from Manchester United next summer.

The Most Expensive Football Transfers in 2019

Even in countries where it's not a national sport, association football is among the most followed sports.

Manchester United and Tottenham Hotspur have reportedly been put on red alert with Juventus willing to sanction the sale of Paulo Dybala at the turn of the year.