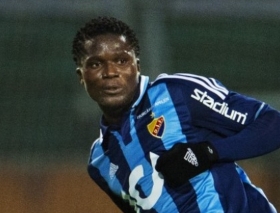 Leicester City have wrapped up a deal to sign FC Copenhagen star Daniel Amartey. The midfielder will sign a 36 month contract at the Walkers Stadium and becomes Claudio Ranieri's second signing of the January transfer window.

Liverpool are preparing a move for Ghanaian starlet Daniel Amartey, an 18-year-old versatile midfielder currently playing in Sweden for Djurgarden. The player burst onto the scene this year and various scouts have been monitoring his progress.