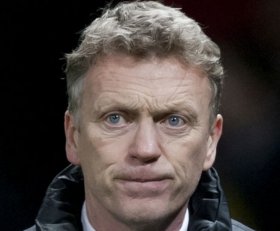 West Ham looking to sign striker in January transfer window as David Moyes closes in on deal for Brazilian...
... WEST HAM want to add more firepower to their forward line in next month after a difficult start to the season. Only Everton, Nottingham ...
07/12 21:02

Chelsea have been fancied to make a big-money move for West Ham United midfielder Declan Rice next summer.

Chelsea have confirmed that they have mutually parted ways with former Everton midfielder Ross Barkley.

Chelsea are prepared to mutually terminate the contract of midfielder Ross Barkley, according to The Mirror.

West Ham have made a move to sign reported Arsenal and Newcastle United target Lucas Paqueta, hoping to seal a move for the Brazilian player before the transfer window closes on the last day of August. Arsenal had been linked with a move for the Lyon playmaker two weeks ago, and Newcastle have since emerged as potential candidates for the 23-year-old.

West Ham have agreed a deal for Sassuolo striker Gianluca Scamacca, all that remains is for the player to sign a contract with the East London outfit. The 6 foot 5 forward will arrive at the Hammers expecting to add valuable competition to the club's attacking ranks ahead of the new season.

Arsenal are prepared to sanction the sale of Nicolas Pepe to West Ham United this summer, The Express reports.