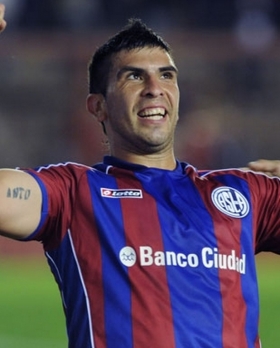 Football Manager 2015 is out and fans all over the world are busy taking on their next challenge - but who are the players to sign on a free transfer?

Everton manager David Moyes is on the look out for a new striker in the January transfer window. The Toffees are looking for partners for out of form Louis Saha.

Everton striker Denis Stracqualursi wants to be the new Carlos Tevez. The Argentine arrived on loan from Tigres on transfer deadline day.

Denis Stracqualursi has joined Everton on a season long loan from Tigre. The 23 year old will spend the next 7 months trying to convince David Moyes to sign him permanently.