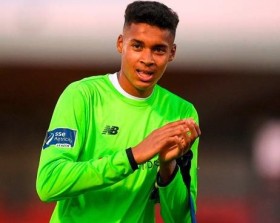 Ireland's 5 best wonderkids including Troy Parrott, Caoimhin Kelleher and Gavin Bazunu
books of a number of academies, including Chelsea's and Arsenal's before he finally joined Southampton in 2016....
17/03 11:45

Man City have stepped up their recruitment of Europe's top teenage footballing talent with a move for Gavin Bazunu. The goalkeeper, signed from Shamrock Rovers, is very highly rated in his homeland and is expected to player for City's youth team for the next two seasons.