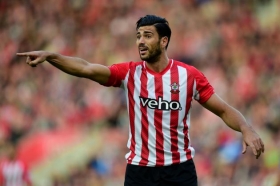 Ex-Southampton star Graziano Pelle’s stunning wife Viktoria Varga looks sensational in tiny bikini on ‘girls weekend’ ..Sport
... a club since Serie A side Parma released him in 2021. Premier League fans will remember the Italian for his exploits at Southampton, ...
12/12 15:48

Young On His Way To China?

Ashley Young could be the latest English Premier League player to be heading for the Chinese Super League, with Shandong Luneng reportedly interested in the Englishman.

West Bromwich Albion have earmarked Southampton's Jay Rodriguez as the ideal player to bolster their forward ranks. The England international has barely featured for the Saints over the past year.

Evertpon are set to battle it out with Manchester United for the signature of Southampton defender Jose Fonte. The 32-year-old is available for a £9m fee this summer.

Spanish international Cristian Tello is to join Southampton next week in a 12 million euro transfer deal. The Barcelona man has been told he is surplus to requirements at the Camp Nou.

Shane Long has shown his commitment to Southampton by penning a fresh four-year contract. The 29-year-old was a key performer for the Saints during the previous campaign.

Graziano Pelle has completed his move from Southampton to Chinese Super League side Shandong Luneng for £12 million.

Everton in for Martins Indi?

Everton are lining up a bid for Porto defender Bruno Martins Indi. Toffees boss Ronald Koeman is a huge admirer of the Netherlands international.

Chelsea are set to step up their pursuit for Southampton striker Graziano Pelle. The Blues have already the completed the signing of Michy Batshuayi from Marseille this summer.