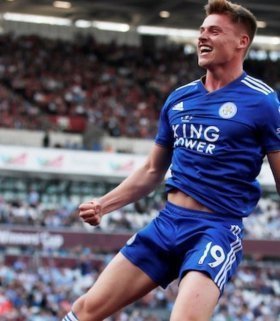 Is Leicester City vs Burnley on TV? Kick-off time, live stream details and how to follow
City are back in Premier League action as they take on Burnley at the King Power Stadium this weekend. Harvey Barnes scores Leicester City's
23/09 14:15

Manchester United may look into a potential move for Leicester City attacker Harvey Barnes, a report from The Sun claims.

Liverpool are rumoured to have made an approach for Leicester City winger Harvey Barnes, with the Anfield giants having deployed their chief scout to check in on the progress of the attacker. It is understood that the Foxes have no plan to sell their star youth asset, instead on the contrary the club would like to offer the player a brand new deal.

Leicester City are reportedly ahead of Chelsea in the race to sign Brentford winger Said Benrahma during the summer transfer window.

Chelsea manager Frank Lampard has said that he was pleased with the performance of Willy Caballero in goal despite the Argentine conceding a couple of times.