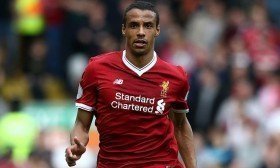 Jude Bellingham praises Liverpool trio Virgil van Dijk, Trent Alexander-Arnold and Joel Matip in FIFA Team of the Year video, but also hails Real Madrid stars amid transfer battle reports
Jude Bellingham may well have hinted where his future could lie by praising Liverpool and Real Madrid players amid their battle to sign him.
26/01 14:05

Liverpool boss Jurgen Klopp has confirmed that the club will be without Luis Diaz, Trent Alexander-Arnold and Joel Matip against Rangers tomorrow.