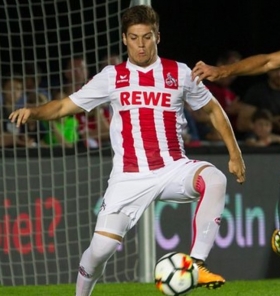 Liverpool manager Jurgen Klopp could sign Spanish under-21 defender Jorge Mere from FC Koln next summer. The 20-year-old centre-back is wanted by Klopp who sees the defender as the long-term defensive enforcer at Anfield.

Chelsea in for Jorge Mere?

ChelseaÂ are reportedly keeping tabs onÂ Sporting GijonÂ centre-backÂ Jorge MereÂ ahead of a potential move for his signature in the summer.