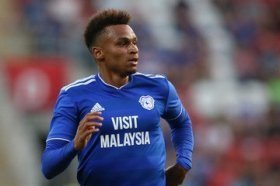 Oxford United sign ex-Cardiff and Norwich winger Josh Murphy
Murphy, now at Newcastle United. He scored 20 goals in 108 senior appearances for the Canaries, featuring in the Premier League, but was
26/07 15:14

Looking at the favourites for relegation from League One

As the English football season gets firmly underway, we’re already seeing the brutality of life in the second, third and fourth tiers. Indeed, the divisions are renowned for their competitive nature, with anyone capable of causing an upset on the right day, and the difference between a shot at the play-offs and flirting with relegation often boils down to a matter of a few points.

Cardiff City winger Josh Murphy has emerged as a surprise target for Chelsea ahead of this summer's transfer window.

Leicester City have been installed as favourites to sign Norwich City's talented midfielder this summer. The Foxes look set to beat Tottenham Hotspur and West Ham in the race to sign England youth international Maddison from the Carrow Road side.