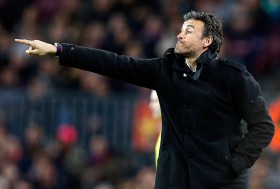 ‘Devastating’ - What Ralph Hasenhuttl and Luis Enrique said about Newcastle-linked Armando Broja
season on loan at Southampton - bagging six goals in 32 appearances - and the Northern Echo claim the Magpies and West Ham are interested
25/06 19:00

Manchester United have held talks with Mauricio Pochettino over the head coach position, The Telegraph claims.

Manchester United have been handed a boost in appointing Erik ten Hag as their new manager this summer.

Manchester United have earmarked Carlo Ancelotti as a potential candidate to become their next head coach.

Barcelona sensation Gavi has no plans of leaving the club for Chelsea next summer, Spanish publication Sport claims.

Spain international Kepa Arrizabalaga is prepared to accept a significant cut on his £150,000-a-week wages as he looks to revive his goalkeeping career.

Liverpool boss Jurgen Klopp is determined to land the signature of Adama Traore from Wolverhampton Wanderers.

Arsenal legend Paul Merson has said that Chris Wilder should be considered for the Gunners head coach role, should Unai Emery get sacked in the coming months.

Arsenal have reportedly earmarked Luis Enrique as the prime target to replace Unai Emery, whose managerial position is under threat.