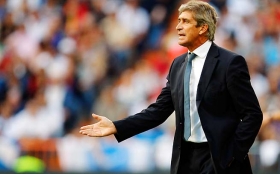 Former Manchester City manager Manuel Pellegrini fined more than £343,000 for deliberately defaulting on tax
... , from Chile, became the first non-European manager to win the Premier League, and also won the League Cup twice during his spell. He left ...
26/09 14:41

Bellerin deal to Betis falls through

Arsenal defender Hector Bellerin will not be returning to Real Betis for the coming season, after Betis manager Manuel Pellegrini confirmed to the media that the club's business for the summer has been completed. Betis have been busy in the transfer market so far, but have been unable to persuade Arsenal to release Bellerin on a free transfer.

David Moyes has clearly stated that he has no ambition of becoming the next manager at Everton or West Ham United unless he is offered with a long-term deal.

Manchester United midfielder Declan Rice has been informed that West Ham plan to keep the player for the long-term as the Hammers slapped a £100 million pricetag on the England international. United are seeking a midfield acquisition in the January transfer window and have turned their attentions to the signing of Rice from the Irons.

Manchester United have reportedly stepped up their pursuit of Issa Diop by proposing a player-plus-cash deal for the West Ham United defender.

Manchester United have received a boost in signing West Ham United midfielder Declan Rice with manager Manuel Pellegrini admitting that he is unsure regarding the player's future.