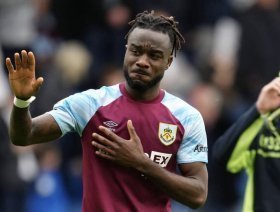 Maxwel Cornet's return and Kurt Zouma latest – What we spotted from West Ham training
... among West Ham stars up for Fans' Footballer of the Year award West Ham's Declan Rice drops transfer hint over his future amid Chelsea and ...
05/12 11:56

Everton and West Ham will do battle to sign Burnley forward Maxwel Cornet. The talented player, who had a successful spell in the Premier League with the Clarets, is ready to move elsewhere in order to return to England's top flight. Everton have already tabled a £15 million offer for Cornet, and the Hammers have now bid a similar fee for the player.

Arsenal have been linked with a move for 21-year-old attacking talent Maxwel Cornet. The Lyon forward has been in impressive form in Ligue 1 this season and has forced his way into the French side's first-team on a regular basis.