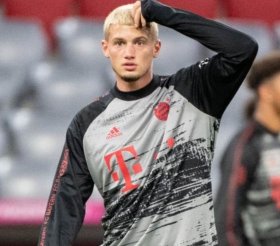 Smoke and no fires - names to rule out as Leeds United and Victor Orta go after mystery left-back and four other targets
, as the Michael Cuisance saga proved, it can mean nothing. Transfer speculation can be exciting and it’s usually harmless enough, causing
03/06 04:44

Leeds United have missed out on a transfer move for Bayern Munich youngster Michael Cuisance. The Frenchman, who helped the Bavarian side win the Champions League, had been a surprise candidate for a move to Elland Road in a deal worth a reported 15 million euro for a year long loan deal. However, it is understood terms were not agreed between Leeds and the player, and Bayern Munich backtracked on the idea of a temporary move away for Cuisance.