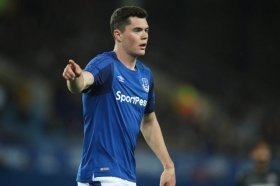 Everton manager Carlo Ancelotti is reportedly keen on landing the signature of Kurt Zouma from Chelsea during this summer's transfer window.

Cameroon international Nicolas Nkoulou is wanted by Everton to fill a defensive void at the Toffees. The centre-back, who has impressed since making a move to Serie A side Torino, is a top target for Everton manager Carlo Ancelotti.

Chelsea manager Frank Lampard has ruled out the potential sale of defender Kurt Zouma to Everton by stating that he would like to work with the Frenchman during the forthcoming campaign.

Everton are reportedly planning discussions with Chelsea to secure the signature of Kurt Zouma on a permanent deal.

North London duo Arsenal and Tottenham Hotspur are said to hold an interest in pursuing Michael Keane from Everton at the end of the campaign.

Premier League giants Arsenal and Manchester City are keeping a close watch on the progress of Burnley defender James Tarkowski with a view to a future approach.

Sam Allardyce's attempts to recover the disastrous first half of the season at Everton will see him turn to West Bromwich Albion defender Jonny Evans during the January transfer window.

Everton have confirmed that Sam Allardyce will become their new head coach once he finalises terms over a long-term contract this afternoon.

England manager Gareth Southgate is seriously thinking over a possible call-up for Arsenal midfielder Jack Wilshere. The 25-year-old has not featured for the Three Lions since the shocking round of 16 exit to Iceland at Euro 2016.

Michael Keane reveals why he turned down Manchester United

Michael Keane has revealed that he turned down a move to Manchester United in the summer as he did not have the assurance of regular first-team football.