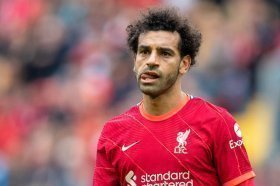 Liverpool, Chelsea, Arsenal and Tottenham all interested in bringing in Leeds star Raphina. But, who is the closest to signing the 25-year-old Brazilian?

Liverpool attacker Sadio Mane has made the decision to move on from the club during the summer transfer window.

Liverpool boss Jurgen Klopp has said that he is optimistic over Mohamed Salah putting pen-to-paper on a new long-term contract.

Barcelona have emerged as surprise contenders to land Liverpool attacker Mohamed Salah amid his contract stand-off.

Liverpool manager Jurgen Klopp has said that Mohamed Salah will be assessed ahead of the Premier League meeting against Arsenal.

Liverpool attacker Mohamed Salah has no plans of heading to the Spanish top-flight this summer, reputed journalist Fabrizio Romano claims.