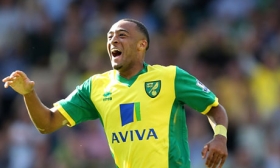 Southampton must drop Nathan Redmond for Chelsea match
Nathan Tella the chance to show what he can do from the start in the Premier League, where he has only made a 10-minute cameo at the start
02/10 10:35

Chelsea manager Frank Lampard has admitted that his team are under more pressure following the disappointing 2-0 Premier League defeat to Southampton at Stamford Bridge.

As the business end of  the season arrives for teams at the top and bottom end of the Premier League, all twenty teams were in action over the course of the last two nights. Chelsea looked to maintain their lead at the top of the table, whilst the teams at the bottom continued their battle for survival.

Full back Djibril Sidibe could be the first signing of Southampton manager Claude Puel's reign after a fee had been agreed yesterday between the Saints and French club Lille. Sidibe is one of the Ligue 1's most highly rated young defenders.

Nathan Redmond has joined Southampton on a five-year contract for a fee of around &pound11m. The 22-year-old makes his move to the South Coast following three seasons with Norwich City.

Norwich City winger Nathan Redmond has emerged as surprise target for Stoke City ahead of the summer transfer window.

Liverpool are considered to be planning a summer move for Norwich City winger Nathan Redmond, according to a report.

Liverpool will reportedly make a January offer for Norwich City winger Nathan Redmond, according to The Star.

Birmingham City winger Nathan Redmond has agreed to move to Norwich City in a deal that will cost the latter 3.2million pounds. It has been reported by The Birmingham Mail that Redmond will be linking up with former boss Chris Hughton.

Both Norwich and Swansea have had offers accepted for young Birmingham winger Nathan Redmond. The talented 19-year-old starlet has been deployed on the flanks at St Andrews since his call up to the first team.

Birmingham City are very likely to sell their star youngster Nathan Redmond this transfer season. Nathan's performance for England U21 has attracted the attention of a number of clubs and enquiries regarding his market status have been flowing from all over the League clubs.