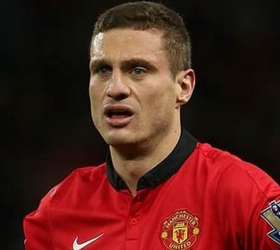 Nemanja Vidic & Rio Ferdinand: Man Utd pair's brilliance together highlighted in video
Vidic from Spartak Moscow. The Serbian centre-back arrived at Old Trafford with a glowing reputation, although even the most optimistic
05/01 11:55

AC Milan CEO, Marco Fassone has said that defender Leonardo Bonucci will not be leaving the San Siro, and will stay at the club for a long time, Mirror Football reports.

Manchester United to go for Serie A defender?

Manchester United are considering a move for AC Milan central defender Leonardo Bonucci, according to Yahoo.

Manchester United will reportedly have to fend off strong competition from AS Roma in order to Benfica defender Victor Lindelof in the summer.

Chelsea have tabled an initial offer for 6 foot 4 centre back Nikola Maksimovic, who currently plays for Serie A side Torino. The 24-year-old has been at the Italian side for over three years and is ready for a new challenge.

Ex-Manchester United centre-back Nemanja Vidic has retired from football at the age of 34.

Premier League strugglers Aston Villa have been offered the chance to secure the services of free-agent Nemanja Vidic.

Serbian international defender Nemanja Vidic could be on his way back to England. Rumours suggest that Norwich City and West Ham are amongst the teams interested in the former Manchester United centre back.

Chelsea owner Roman Abramovich is understood to be lining up a move for Real Madrid star Cristiano Ronaldo, according to reports.

Serbian international Nemanja Vidic is reportedly considered as a summer target for Manchester United, according to The Star.

Manchester United have reportedly joined Arsenal in the race to sign German international Mats Hummels from Borussia Dortmund in January.

Serbian international Nemanja Vidic may make a shock return to Old Trafford in January, according to The Star.

Manchester United are reportedly set to make a surprise attempt to sign former defender Nemanja Vidic in the January transfer window, as per The Express.

AS Monaco are understood to be plotting a move for Manchester United captain Wayne Rooney.

Atletico Madrid manager Diego Simeone is tracking Brazilian midfielder Ramires. The Chelsea player could be sold in the January transfer window by Jose Mourinho but only if a team matches the club's reported valuation of 24 million euros.