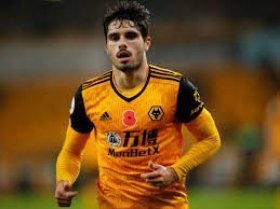 Journalist shares Wolves’ view of Pedro Neto amid exit talk
to be attracting interest from other Premier League clubs. According to 90min, Liverpool and Tottenham have enquired about the player as
30/07 06:15

Manchester United could compete with Arsenal to land the signature of Ruben Neves from Wolverhampton Wanderers.

Arsenal are reportedly interested in landing the signature of Wolverhampton Wanderers midfielder Ruben Neves this summer.

Manchester United could use Bruno Fernandes to land teammate

Manchester United could reportedly use Bruno Fernandes to convince compatriot Pedro Neto to join them during the summer transfer window.

Wolves have reportedly completed the signing of Daniel Podence from Olympiacos, according to Sky Sports.