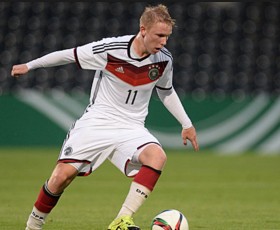 Fulham are to make a move for German midfielder Philipp Ochs during the January transfer window. The winger, who currently plays on loan with Danish club AaB, looks set to return to his parent club Hoffenheim in January in order to complete a permanent transfer to Premier League side Fulham in January.

Hoffenheim younger Philipp Ochs, 20, is a product of his club's excellent youth academy which has brought through dozens of talented young players in recent years. The 5 foot 8 winger has in recent times forced his way into Hoffeinheim's first team.