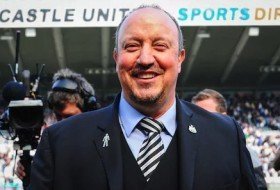 Alan Curbishley reveals how close he came to getting Liverpool job before Rafa Benitez
Premier League to get that experience." Curbishley was also linked with other big jobs in the Premier League, including Manchester United,
20/05 12:18

Aston Villa have emerged as favourites to sign Everton defender Lucas Digne. Steven Gerrard's side have leapfrogged Newcastle and Chelsea in to pole position to secure the French left-back.

Everton to move for Rangers defender

Rangers full-back Nathan Patterson is on the verge of a £10 million transfer move to struggling Premier League outfit Everton. The Toffees hope to wrap up the deal in time for their next game.

Everton have bolstered their defence ahead of the second half of the Premier League season, signing Ukrainian defender Vitaliy Mykolenko on a four and a half year deal until June 2026. The 22-year-old arrives as the Toffees' first signing of the January transfer window.

Chelsea could enter the transfer market for a new left wing-back following the injury setback for Ben Chilwell.

Leicester City have agreed a shock move to sign Newcastle United forward Ayoze Perez for a fee of £30 million. The Spanish forward, 25, has been with the Toon Army since 2014 and played in almost 200 games for the club.

Rafa Benitez has for the first time explained the reasons why he has decided to leave Newcastle United. The popular Spaniard called time on his Toon Army managerial career after a reported disagreement with club owner Mike Ashley.

Newcastle United want to make Nice manager and former Arsenal player Patrick Vieira their new manager. It is understood that the Toon Army have sent a team of negotiators to France to discuss personal terms with Vieira and are confident they can persuade the Frenchman to move back to England.

Newcastle to miss out on Rondon permanent signing?

Newcastle United could be dealt a bitter blow in their pursuit of striker Salomon Rondon, after it had been reported club owner Mike Ashley refused to bankroll a move for the West Brom striker. Rondon has been in excellent form so far this season, helping Newcastle United all but guarantee Premier League survival.

Rafa Benitez: why Newcastle must match his ambition

Since Rafa Benitez took charge at Newcastle United, the Toon Army's form has drastically reversed; but with the Spaniard unhappy with lack of transfer activity, will he stay put?

Arsenal have reportedly joined the race for Ajax defender Nicolas Tagliafico - who was interesting Newcastle in the summer. Calciomercato are reporting that the Gunners are keen on a move for the Argentinian left-back, who jetted off to the World Cup in the summer.

Newcastle manager Rafa Benitez is ready to extend his contract with the Toon Army, but only as long as the club's board can provide funds to spend on new players in the January transfer window. The Spanish coach is very popular at St James' Park, and has yet to agree on a fresh contract.

Liverpool's out of favour midfielder Adam Lallana could be on the verge of leaving Anfield in the January transfer window. The England international appears to be a top target for West Ham, who are looking to bolster their attacking options with the signing of a top proven Premier League talent.

Newcastle United and Swansea City have agreed terms on a transfer deal to allow Federico Fernandez to remain in the Premier League for the 2018/19 season. The centre-back has decided to make a move to St James' Park having agreed a £ 3 million transfer deal with the Magpies.

Crystal Palace winger Andros Townsend has moved quickly to reject talk of a departure from Selhurst Park this summer. Former club Newcastle United were amongst the teams interested in the player.