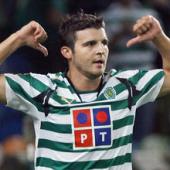 Blackburn boss Steve Kean will not resign, despite a letter from fan groups to the club owners Venky's requesting that Kean be fired from his job.

Blackburn boss Steve Kean admitted that his club were still looking for new players, despite the arrival of Simon Vukcevic from Sporting Lisbon this week.

Blackburn are set to complete a move for Sporting Lisbon attacking midfielder Simon Vukcevic this week. Rovers will pay around 4.5m GBP to bring the Montengro international to Ewood Park.

Bolton boss Owen Coyle has been credited with an interest in Montenegrin midfielder Simon Vukcevic. The player currently stars for Sporting Lisbon in Portugal, but looks set for a summer exit after 4 years in the capital.

Bolton Wanderers were unfortunately knocked out of the UEFA Cup on Thursday evening, as they failed to become the last Premiership side left in the UEFA Cup as Sporting Lisbon defeated the Trotters 1-0 in Portugal thanks to a goal from Man Utd target Pereirinha wrapped up the result late on.