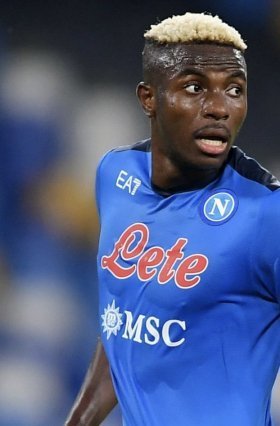 West Ham are surprise entrants in the race for Nigeria international striker Victor Osimhen, currently playing for Serie A side Napoli. The talented striker, who has caught the eye since moving to Italy from Lille in France, has caught the eye with a number of solid displays leading the line for his club.

Belgian striker Romelu Lukaku is planning to report for pre-season training at the earliest in order to sort out his future.

Manchester United are determined to secure the services of Benfica striker Darwin Nunez in the upcoming transfer window.

Arsenal could make improved offer for Serie A striker

Arsenal have been fancied to make an improved transfer offer for Napoli striker Victor Osimhen this summer.

Manchester United are among favourites to sign Napoli striker Victor Osimhen in the upcoming transfer window.

Napoli are prepared to sell Victor Osimhen to Manchester United if they receive a fee of around £94 million.