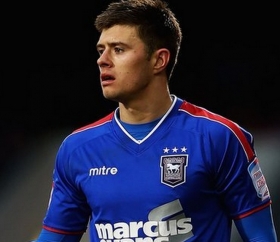 West Ham United have failed with their attempt to sign Chelsea defender Emerson on a short-term loan deal.

90’s legendary TV show Supermarket Sweep may be gone,  but it’s certainly not forgotten. West Ham first-team stars Mark Noble, Michail Antonio and Aaron Cresswell have helped to bring the game back to life when working together with three excitable West Ham fans in order to win fantastic prizes.

Inter Milan defender Davide Santon is nearing a temporary switch to West Ham United. The Hammers will have the option to turning the deal into a permanent one next summer.

West Ham United have had a loan offer rebuffed for Arsenal full-back Kieran Gibbs. The Hammers are on the search for a new left-sided defender after Aaron Cresswell was sidelined for four months with a knee injury.

West Ham manager Slaven Bilic is hoping that a deal to sign defender Baba Rahman can be wrapped up in time for the new season. The Hammers are looking to sign Chelsea's defender as a replacement for long term injury victim Aaron Cresswell.

West Ham have made an initial offer for Ludwig Augustinsson, who is wanted as a replacement for the injured full back Aaron Cresswell. Defender Augustinsson plays for FC Copenhagen and will be allowed to leave for around £5 million.

Hull City defender Andrew Robertson is wanted by West Ham as a replacement for Aaron Cresswell, who succumbed to a long term injury during pre-season training. Hull City Tigers rebuffed a 7m GBP bid for the left back.

Liverpool are expected to step up their interest in West Ham United full-back Aaron Cresswell. The 26-year-old has been a consistent performer for the Hammers since his move from Ipswich Town in 2014.

Manchester United are pondering over a January move for West Ham United defender Aaron Cresswell, according to reports.