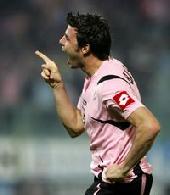 Juventus are reportedly eager to lead the race for Ajax youngster Matthijs de Ligt as they will meet with his agent, Mino Raiola, in the coming weeks.

Chelsea have reportedly been offered a boost in signing Daniele Rugani after the Italian defender snubbed talks over a new contract with Juventus.

The representative of Daniele Rugani has said that his client's move to Chelsea remains complicated with Juventus not keen on parting ways with the defender.

Juventus made the trip to Naples on December 1 knowing that a defeat could potentially see them trail Mauricio Sarri's men by seven points at the top of the Serie A table but the Bianconeri battled hard and emerged with all three points. Gonzalo Higuain's goal separated the two sides during a tense, pressurised 90 minutes and as a result, Allegri's men have opened up the battle at the top once again.

Juventus manager Massimiliano Allegri has quickly identified Manolas as Bonucci's replacement as Juventus look to get over the sudden departure of the Italian as quickly as possible.

Real Madrid defender is reportedly happy with the current set of defenders and does not think Leonardo Bonucci is needed at the Bernabeu.

Manchester United and Juventus are monitoring the situation of Real Madrid contract rebel Pepe. The Portugal international has had a glorious year having lifted the Champions League and Euro 2016 title.

Arsenal have joined the long line of clubs ready to make an offer to sign Juventus defender Daniele Rugani, according to reports in Italy.

Manchester City have made a bid of €45 million for Leonardo Bonucci which has been rejected by Juventus, according to reports in Italy.

Juventus are keeping a close eye on Valencia defender Shkodran Mustafi ahead of a summer move for his signature.

According to reports, Andrea Barzagli could make a January transfer move away from VfL Wolfsburg. However, the defender himself is keen to distance himself from the speculation. Fiorentina were reportedly interested in the player.

Ambitious German side Wolfsburg have admitted an interest in Arsenal midfielder Alexander Hleb. The Belarus international has attracted a lot of interest from the continent, and could be set for a shock move back to the Bundesliga.

Wolfsburg have added another impressive recruit to their rapidly improving ranks, as they signed Palermo defender Andrea Barzagli on a permanent deal.

Fiorentina are hoping to sign Inter Milan defender Nicola Burdisso. Burdisso has been linked with a move for a fee of around £8 million and Inter could be set to let the player leave this summer.

Andrea Raggi has completed his move from Empoli to Palermo. The defender has been brought in to replace Andrea Barzagli, who today completed a move from Palermo to German side Wolfsburg.

Andrea Barzagli has completed a shock move to the Bundesliga. The Italian international defender was expected to join Fiorentina, but chose to move to Wolfsburg instead. Apparently, the German side were willing to pay the defender much more.