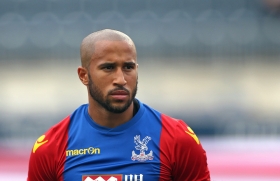 Crystal Palace winger Andros Townsend has moved quickly to reject talk of a departure from Selhurst Park this summer. Former club Newcastle United were amongst the teams interested in the player.

Newcastle United are reportedly maintaining their interest in signing Andros Townsend from Crystal Palace this summer.

Leicester City and Newcastle United will go head to head in the race to sign Crystal Palace winger Andros Townsend. The England international attacker is believed to prefer a move back to his former club, the Toon Army, whom he left after their relegation from the Premier League three years ago.

Dutch coach Frank De Boer is to hold crisis talks with Crystal Palace chairman Steve Parish after a dismal start to their Premier League season. Palace has failed to win a game so far this campaign with three matches played.