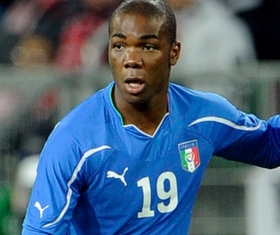 West Ham stars continue to train by themselves in lockdown conditions
's Rush Green base as they prepare for the resumption of the Premier League season. Sebastien Haller, Angelo Ogbonna and Tomas...
29/04 16:34

West Ham United are reportedly confident of extending the contract of Manuel Lanzini following his excellent prowess in the Hammers shirt last season. The Argentine was named the club's player of the campaign last term.

West Ham United have reportedly pulled out of the chase for Manchester United defender Chris Smalling ahead of this summer's transfer window.

Manchester United and Manchester City could battle it out for the services of West Ham United defender Angelo Ogbonna this summer.

Newcastle United in for James Tomkins?

Juventus defender Angelo Ogbonna is close to sealing a move to the Premier League with West Ham United, according to an Italian source.

Manchester United's hunt for a new defender will head to Italy, as reports this morning indicate that Angelo Ogbonna is a target for manager Louis van Gaal. The 6 foot 3 centre back could be available for around 15 million euros.

Manchester United will reportedly make a mega bid for the Juventus pairing of Arturo Vidal and Angelo Ogbonna in January.

Arsenal are speculated to be readying a move for Italy international and Juventus defender Angelo Ogbonna this summer, according to The Star.

Llorente Says Juventus Has Liberated Him

Fernando Llorente has revealed that the switch to Juventus is a welcome change to his nightmare final season at Athletic Bilbao. He believes that the change of clubs proved to be “liberating” for him.