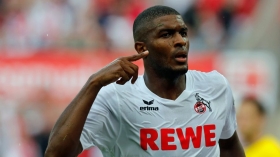 Pierre-Emerick Aubameyang has pledged his immediate future to the club but did admit that he was close to leaving Borussia Dortmund with various clubs showing interests, especially ones from the Chinese Super League.

West Ham United have stepped up their interest in signing French striker Anthony Modeste after Chinese heavyweights Tianjin Quanjian pulled out of the race for his signature.

Blackburn manager Steve Kean wants to sign French forward Anthony Modeste on loan until the end of the season, after the club admitted they would not be appealing Yakubu's red card.