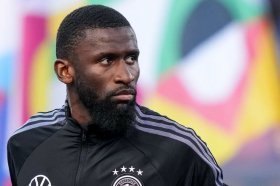 Chelsea owner Todd Boehly’s transfers at Stamford Bridge ranked out of 10 from £60m fourth choice left-back Marc Cucurella to Raheem Sterling, Pierre-Emerick Aubameyang and Antonio Rudiger replacement Kalidou Koulibaly
... Chelsea have had a torrid season in Todd Boehly’s first year as owner despite all his splashing out in the transfer market . Since the ...
16/01 22:30

Chelsea defender Thiago Silva is locked in talks with the club regarding extending his contract for a further 18 months, as the Brazilian enters the final six months of his current deal at Stamford Bridge. The centre-back has been outstanding since his arrival in West London, and is a firm fan favourite at the Blues.

Chelsea have secured the signing of Napoli defender Kalidou Koulibaly as the centre-back agrees a long-term contract at the Stamford Bridge outfit. Chelsea plumped for Koulibaly after a deal for Nathan Ake fell through, as Chelsea boss Thomas Tuchel revamps his defence ahead of the 2022/23 season.

Chelsea manager Thomas Tuchel has been in contact with Presnel Kimpembe over a summer move to Stamford Bridge.

Chelsea back in for Kalidou Koulibaly?

Chelsea have agreed personal terms with Manchester City defender Nathan Ake ahead of his potential return to the club.

Chelsea willing to pay €80m plus for Juventus star