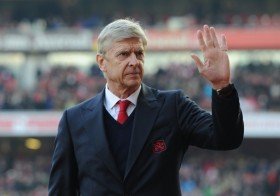 Aaron Ramsey: What does the future hold for Wales midfielder?
of a summer move after he failed to agree a new contract with Arsenal Unwanted in Turin According to the great Arsene Wenger, who managed
07/07 02:52

Barcelona to beat Arsenal to signing of French attacker?

Barcelona are reportedly ahead of Arsenal in the race to sign Nabil Fekir from Real Betis.

Arsenal have reportedly opened negotiations with Juventus to land the signature of midfielder Adrien Rabiot.

Juventus midfielder Adrien Rabiot is open to the possibility of joining Arsenal after struggling to impress during his debut season in the Serie A.

The arrival of Mikel Arteta at Arsenal has seen the Gunners reverse their dismal fortunes of early in the 2019/20 season. Yet we still wonder whether or not Arteta has discovered who his best starting XI is.

Advantages and profits of bets on Bundesliga after the 1xBet registration

One of the best championships at the moment is the German Bundesliga, which offers excellent intrigue at the start of the season.

Should Liverpool Fans be More Worried About Liverpool?

Liverpool may not have won a league title in 30 years – counting from 1990, but the Reds are no strangers to title challenges.

Manchester City assistant Mikel Arteta is reportedly keen on taking up the head coach role at Arsenal, should the north London side come forward with a proposal.

Arsenal are reportedly prepared to make a fresh approach for Manchester City's Mikel Arteta as they aim to recruit a permanent head coach in the coming days.