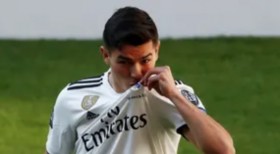 Arsenal receive big boost in signing Martin Odegaard
Aside from Odegaard, the likes of Dani Ceballos , Gareth Bale and Brahim Diaz could be offloaded during the next transfer window .
02/04 20:34

Arsenal have received a big boost in signing Martin Odegaard with Real Madrid prepared to sanction his departure this summer.

Highly rated Spanish youngster Brahim Diaz has left Man City and joined Real Madrid on a permanent deal after failing to force his way into the Premier League club's first team. Diaz has signed a contract with his new club until 2025.