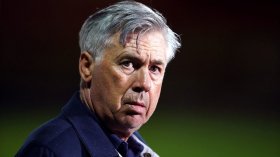 Belgian star Eden Hazard is keen on continuing with Real Madrid next season amid reported interest from Arsenal.

Arsenal have been linked with a shock move for Real Madrid playmaker Eden Hazard, Fichajes claims.

Manchester United have their sights on landing Everton forward Richarlison during the next transfer window, Goal reports.

Arsenal have emerged as shock contenders to sign former Chelsea playmaker Eden Hazard this summer, according to Foot Mercato.

Manchester United have earmarked Carlo Ancelotti as a potential candidate to become their next head coach.

Chelsea are reportedly in negotiations with Real Madrid over a season-long loan stint for Eden Hazard.