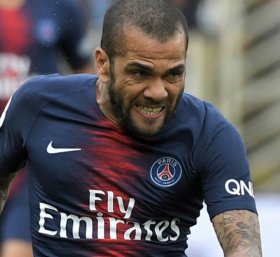 Having already made his debut for the Netherlands' international side, Devyne Rensch is already no stranger to playing at the very top. The Ajax right-back has emerged as one of the brightest young players in the Eredivisie in recent seasons, and the 19-year-old proudly already considers the right-back position in Ajax's first team as his own.

Barcelona are open to parting ways with Chelsea target Sergino Dest during the ongoing transfer window.

Chelsea are reportedly planning to open negotiations with Barcelona to sign Sergino Dest.

Chelsea players are reportedly concerned over the club's handling over the future of Cesar Azpilicueta.

Barcelona are keen on signing Chelsea defender Cesar Azpilicueta when his contract expires next summer.

Barcelona are keeping tabs on the contract situation of Chelsea captain Cesar Azpilicueta, according to ESPN.

Defender Dani Alves has made a surprise decision to return to Brazil and has joined Sao Paulo. The full-back arrives at the club on a free transfer from Paris St Germain, amidst interest from the likes of Man Utd and Man City.

Manchester City manager Pep Guardiola has admitted that he is open to signing Brazilian defender Dani Alves on a free transfer, after the player had been released from his Paris St Germain contract. Guardiola coached Alves during each other's time at Barcelona.

Arsenal and Tottenham Hotspur have reportedly earmarked Dani Alves as a potential transfer target for this summer's transfer window.

Times journalist Duncan Castles has revealed that Tottenham Hotspur have emerged as surprise candidates to land the services of Dani Alves on a free transfer.