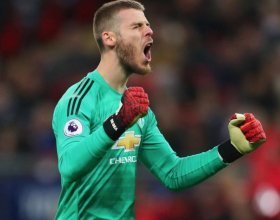 Manchester United are ready to replace David de Gea with Yann Sommer at the end of the current campaign.

Manchester United will be facing Fulham at Craven Cottage in today's Premier League encounter. The Red Devils can move within three points off the top four with a victory against Marco Silva's side.

Manchester United are keeping tabs on Porto goalkeeper Diogo Costa ahead of a possible approach at the end of the season.

Manchester United will be in Europa League action at Real Sociedad today. The Red Devils must win by a margin of two goals in order to finish top of Group E and avoid the round of 32 leg.

Manchester United welcome West Ham United to Old Trafford for today's Premier League clash. The Red Devils can go within one point off the top four by beating the Hammers.