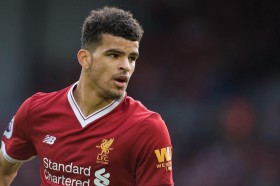 Michee Efete not fazed by Grimsby Town critics with advice from Premier League peers
Walker-Peters who’s a right-back as well at Southampton, Dominic Solanke at Bournemouth, Jake Clarke-Salter at QPR and Dele Alli who has ...
07/12 06:00

Can Bournemouth legally fight their way back into the Premier League?

Bournemouth’s relegation from the Premier League wasn’t hugely surprising. But the club’s board is planning a bold move to contest their demotion to the Championship.

On Wednesday, at 19:45 GMT, a mouth-watering fixture will take place at the Vitality Stadium, as A.F.C Bournemouth will host Chelsea F.C.

Liverpool boss Jurgen Klopp is reportedly maintaining his interest in Timo Werner from RB Leipzig as he is weighing up a potential shakeup in the attacking department.

Brentford defender Chris Mepham is wanted by Premier League side Bournemouth in the January transfer window, with the club prepared to pay around £14 million to sign the talented centre-back. Bournemouth are confident that they can beat Watford, West Brom and French side Lille to Mepham's signature.

Liverpool have reportedly decided to decline the chance to offload Divock Origi following the recent departure of Dominic Solanke to Bournemouth.

Chelsea's hopes of signing Callum Wilson have been dashed with Bournemouth having no plans of selling the striker in the current transfer window.

Liverpool have confirmed the permanent departure of Dominic Solanke with the Englishman having made the switch to the South Coast with Bournemouth.

Crystal Palace have reportedly set their sights on signing Michy Batshuayi from Chelsea after witnessing their loan move for Liverpool's Dominic Solanke fall through.