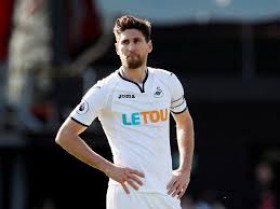 FEDERICO FERNANDEZ EXTENDS NEWCASTLE UNITED CONTRACT
told NUFC TV: “I’m very happy with the news – another year in the Premier League, with Newcastle. It’s been a good time at the...
03/04 10:28

Newcastle United and Swansea City have agreed terms on a transfer deal to allow Federico Fernandez to remain in the Premier League for the 2018/19 season. The centre-back has decided to make a move to St James' Park having agreed a £ 3 million transfer deal with the Magpies.

Swansea City boss Paul Clement has admitted that his side could move in for the services of John Terry once he makes way from Chelsea in the summer.

Swansea City defender Federico Fernandez has revealed that he is expected to sign a fresh contract at the Liberty Stadium following his impressive showing in recent weeks.

Swansea manager Gary Monk has revealed that a deal has been agreed with Napoli over the potential transfer of defender Federico Fernandez to the club this summer.

West Brom manager Steve Clarke is in contact with Napoli manager Rafa Benitez regarding a move for 24-year-old centre back Federico Fernandez. The former Getafe and Estudiantes defender is available for loan this summer.