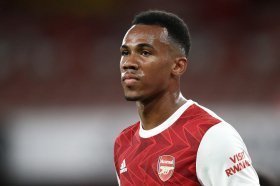 Arsenal have confirmed their second signing of the January transfer window with defender Jakub Kiwior arriving from Spezia.

Arsenal are set to make their second January signing after reaching an agreement for Spezia defender Jakub Kiwior.

Arsenal have reportedly reached an agreement with Eintracht Frankfurt defender Evan Ndicka over a free transfer.