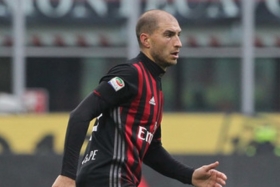 Paletta on his way to Torino?

Gabriel Paletta could be on his way to Torino after a good season at Milan, according to multiple sources in Italy, with the Granata looking for an experienced centre back this summer to strengthen their weak defence.

Centre back Gabriel Paletta has completed a move from Parma to AC Milan.  The 28-year-old has agreed a 7.8 million euro deal to the San Siro side.

Argentinian defender Gabriel Paletta has been sold to Boca Juniors by Liverpool. The player failed to impress in his time at the Merseyside club despite being regarded as one of the best young defenders in his country.