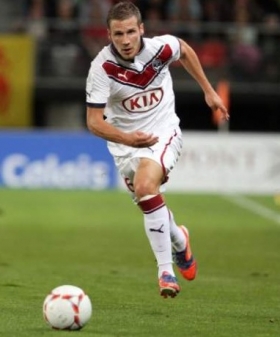 Tottenham to bid for Gregory Sertic

Bordeaux midfielder Gregory Sertic has been scouted by representatives of Tottenham, with Tim Sherwood hoping to bring in defensive solidity in the upcoming transfer window.24-year-old Sertic, who has spent five years playing at the French Ligue 1 club and has recently earned his first call up to Croatia's international squad, impressed monitoring scouts in recent months with steely displays at the heart of Bordeaux's midfield.

Liverpool are monitoring the progress of France under-21 footballer Gregory Sertic, who currently plays for Bordeaux in Ligue 1. Only last year, Sertic finally found his way in the first-team, impressing many along the way.