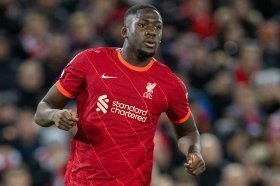 Liverpool manager Jurgen Klopp is not looking for new signings during the January transfer window.